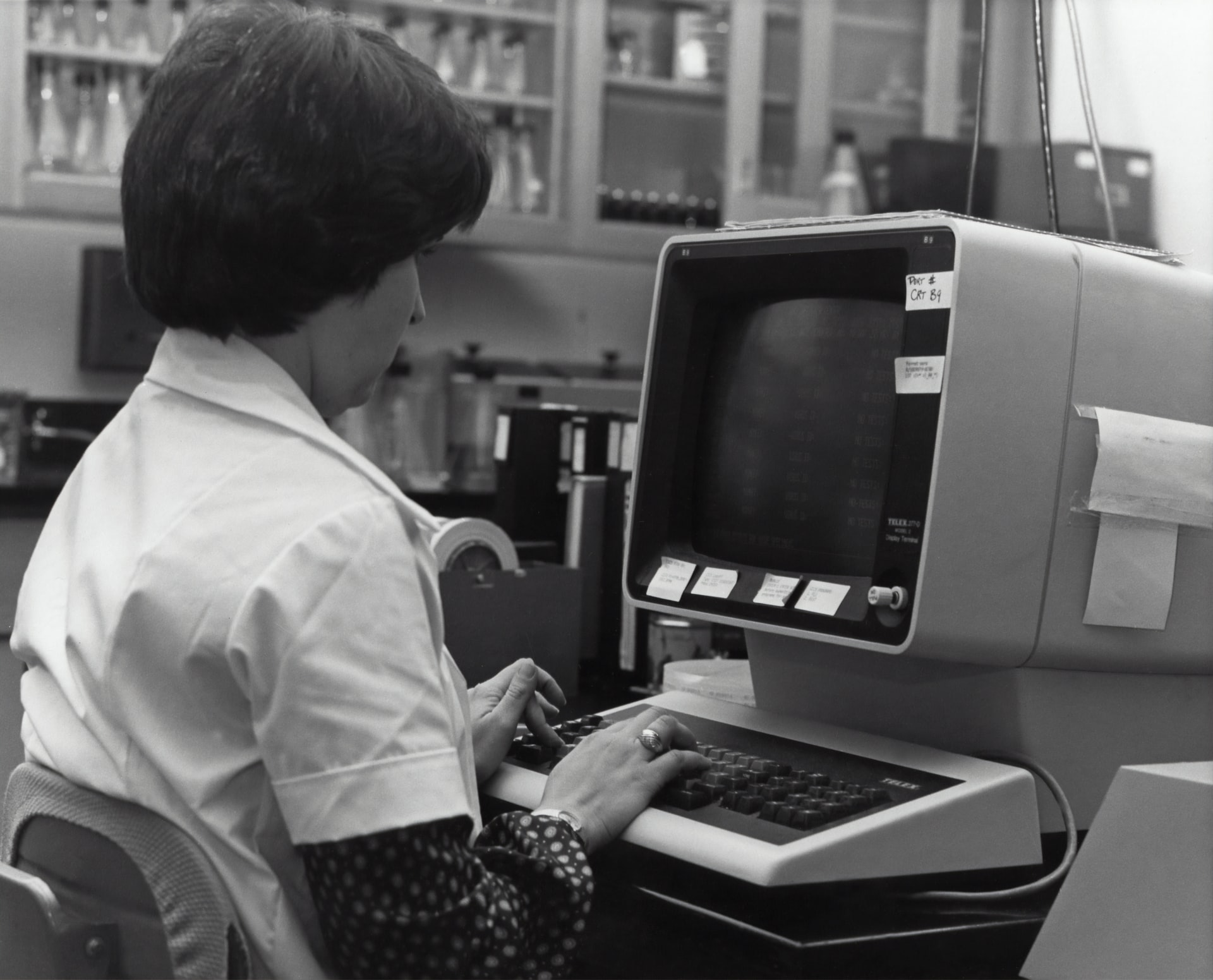 There are bugs in your life.

I don’t mean actual bugs, except maybe if you’re an entomologist. I mean bugs of the sort that computer programmers deal with in their jobs.

A bug is something that isn’t working as intended.

Bugs can be minor, as when a button that’s supposed to be green is red instead. However, bugs can also have massive consequences. They can be so nasty that they crash the websites of multi-million dollar companies and make them lose a ton of money, or they can make a car veer just enough to the right that it crashes against the side of a road.

We are not computers, nor are we made up of code, so our bugs are of a different sort, but they share some commonalities.

Just as computer bugs are pieces of a program that can be improved upon, there are aspects in our lives that could be working better than they currently are.

God knows none of us are perfect. I know I’m not. We all have bugs in our source code.

Unfortunately, the costs these bugs have in our lives are rarely as self-evident as the crashing of a website or a car accident. They operate out of sight, only making their presence felt not in what we do, but in what we fail to do, in the goals we do not accomplish.

Sadly, you’ve never been able to instill in your life the routines and habits that would get you to put words down to paper. It’s never the right moment, you tell yourself. There’s too much work on your plate and you’re too undisciplined about it. You have all these excuses; all these obstacles that prevent you from writing your book, and so your dream is still just that: a dream.

Maybe you have an idea for a piece of software you think would make a great business opportunity, but even though you are certain that this is something you want to pursue, you nevertheless spend your free time doing anything but writing the lines of code that will turn that dream into a life-changing reality.

In both of these examples, you have bugs that prevent you from achieving your goals, and these bugs work in insidious ways.

You rarely see their effects on your life. You just unsee the future they cut you away from.

You don’t see the book you don’t write or the business you don’t start. These costs do not announce themselves to you, you don’t see them right before your eyes. They are the paths your life could have taken but instead have now become walled off to you without you ever noticing they were there in the first place.

What you see is all there is, and because you don’t see these blocked-off paths, it’s like they never existed.

The bugs in your life hold you back.

If your life was an engine, bugs would be the muck clogging up its cylinders. Bugs are the strength of the river’s current, and you’re swimming upstream.

It would be great if you could fix your bugs, but to fix them you must first discover what bugs you have in the first place

There’s where the bug hunt comes in.

On a bug hunt, you have one job: to catalog every bug in your life that you can find.

Pick up a piece of paper and write down every aspect of your life that could be improved upon, regardless of whether that part of your life is going well or not. If it can be made better, then it’s a bug. Add anything that comes to mind to your catalog of bugs.

Block out the next ten minutes or so with nothing to distract you, and write down every bug that pops up in your mind.

Do not censor yourself. No one will see this. The things you think are a bug may turn out to not be one on further inspection, but that triage is for another time. Do not block your mind. Let it flow freely and focus on capturing what it tells you.

The purpose of a bug hunt is to surface what you might know beneath the surface but have never made explicit. There is power in making explicit what was once implicit, it makes things graspable. It makes them real.

Do not come up with bug fixes. That is also for another time. The time for bug squashing comes later.

If you’re having trouble coming up with bugs, ask yourself what you could do better, or what you should stop doing. Imagine a day in your life where everything goes right. What does that day look like? How does that mythical perfect day differ from the ones you’ve been leading?

Other questions you can use as prompts to surface more bugs are:

If you’re a student, ask yourself whether there is something lacking in your current studying habits. Do you spend too much time passively reading the textbook? Are you avoiding doing practice problems because it’s too much work and you’re afraid of finding out you don’t know how to solve them? Are you making use of spaced repetition to retain the things you learn? If so, how often do you miss your daily reviews?

If you’re a professional, are you keeping up with the latest advances in your field, or are you skating by with the inertia of what you already know? Are you practicing and refining your skills, just as musicians and athletes practice and refine theirs? Could the velocity of your career increase, or have you grown complacent where you are?

Be honest with yourself about what you could be doing better.

We all have things we can improve on, and these improvements compound as you add more of them to your tally. Each incremental improvement you make in your life might not seem like much at first, but together they can be a force to be reckoned with.

Each bug you fix is one less bug holding you back. It’s less muck slowing your engine down. It’s a mellower current for you to swim against.

You can go on a bug hunt as many times as you want. There’s nothing stopping you from doing so.

One effective way to incorporate bug hunts into your life might be to make it a staple of your weekly or monthly review. If you don’t currently block out time where you plan out how the coming week will look like or what your goals for the coming month are, those might be bugs you want to fix.

You can even use the results of your bug hunt to inform what you’re going to work on during the next week or month. If on one of your hunts you realize, for example, that you spend way too much time distracted when you should be focusing on getting work done, then you might make it a goal for the week to put the systems in place that will help you sustain your attention and focus.

Did you think just now how unlikely it is you’ll actually make a habit of going on bug hunts on a regular basis? Then that might also be a bug - assuming you actually want to go through with them. Acknowledge that this might be a problem and think about how to skip past it. You can schedule it: make it a weekly or monthly recurring event in your calendar.

The value of a bug hunt is that it makes you notice the cracks in your life. It puts them front and center in your mind. You can choose not to fix them, that’s up to you. But at least you know they exist. You cannot escape from them once you’ve written them down.

I went on a bug hunt of my own before I began writing these words. It only makes sense, I thought. I picked up a piece of paper I had laying around and wrote a list of the bugs that first came to mind:

My handwriting is atrocious, I know.

The first line reads, “Default to playing Noita at night”. Noita is this independent videogame where every pixel in the game world is physically simulated, and it’s like catnip to me. I love it.

The problem is, as soon as the sun sets, it becomes increasingly harder for me not to default to playing Noita instead of doing something more in line with what my goals are.

I could be reading a book, but instead, I’m playing a game. Now that I’ve made it explicit that this is something I need to work on. I can’t run away from this realization.

And if I do end up running away from it, then next week, when I go on another one of these bug hunts, I will have to write that down as a bug. That’s the power of the bug hunt.

By externalizing the things you could be working on improving, you make them inescapable.

Bug hunts are about finding where the leaks in your life are. If you can find the holes through which you have water leaking from, you can work to plug them.

Plug enough of these leaks and you’ll stop sinking and start sailing smoothly into where you want to be. 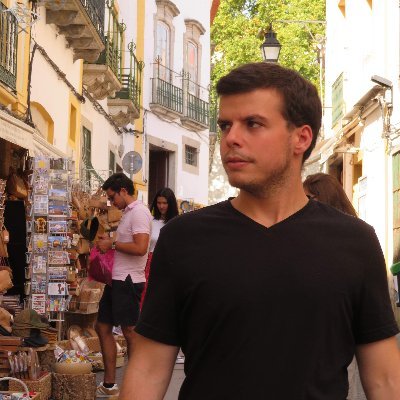